Jose Moreno Justicia, “Pepe Justicia” was born in the province of Jaen. At the age of 12 he starts learning and playing the guitar on his own.
Since age 15 acts with singers from his land through Andalusia, flamenco Festivals and Peñas until, with 19 years old, he goes to Madrid to enter the professional sphere.

From this moment on, his performances occur inside and outside our borders, as accompanist of flamenco singers and dancers artists and later both as a solo artist and with his own band.
In 1984 he returned to Andalusia, lives in Granada and later in Jerez de la Frontera where, alone or together with artists from Jerez continues his career both as a concert guitarist and with his own band. He also joins the most prominent singers and dancers of Jerez.

He has recorded several CDs with his own compositions and has collaborated on recordings of different types of music from Classical to Jazz or Pop.
Currently and since 2006 he is Professor at the Superior Conservatory of Dance of Malaga(Conservatorio Superior de Danza de Málaga).

Pepe Justicia has an widespread professional career. Since 1979, when he decides to devote himself exclusively to guitar performances, his shows occur inside and outside our borders.

His musical activities have not only belonged to flamenco, but, interested in other forms of expression, collaborates with jazz musicians, (Henry Kneuer, Chano Dominguez, Tito Alcedo, JA Galicia …) Folk, Pop or Classical (Pepe Justicia usually collaborates with the Baden-Baden Filarmómica performing among other works the Aranjuez Concert) and in theatrical productions.

Throughout his professional career Pepe Justicia has won several awards among which should be highlighted: 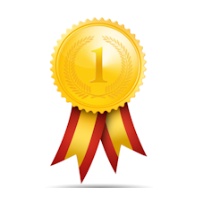